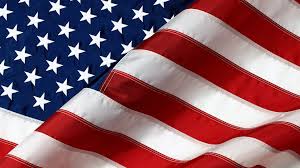 America Land that I Love

Kim and I were with a National Guard Unit in Wichita Falls on Sunday, January 11th, 2015 to do their Chapel service.

Kim addressed the Soldiers prior to me preaching with a testimony on marriage. She talked about our 32 years of marriage. Here is sample of what she shared:

Kim was able to share with the ladies some things to sweeten up their marriage and their position in the marriage. She gave them a quote we saw the other day; “A perfect marriage is two imperfect people refusing to give up on each other!”

I preached a message out of Genesis 2 on how Marriage is still relative today. Marriage is still a Holy Matrimony in God’s eyes, just as it was in Adam and Eve’s day. God ordained marriage in the garden and he ordains it when you take your vows at the altar in Church.

Showing the Soldiers where God formed man from the dust of the earth and how He took a rib out of man and formed woman. Then those two became one in marriage.

I will not give you the whole sermon here. The soldiers came to me after service to tell me how much they enjoyed the sermon and let me know they will use the points that I gave them. One young female soldier took a lot of notes and spent 20 minutes after Chapel talking to us. She will be implementing these things in her marriage. The only single soldier in Chapel came and talked with me for around 15 minutes. A third soldier really appreciated the message and said that he needed that.

Badges & Boots Worldwide is not here to take the place of the Army Chaplains. We are here to walk by their side and hold Chapel services when they are not available. We are honored to be a help to them.

It has been a blessing to see some of these soldiers receive Christ as their Savior and grow in their Christian walk. One young soldier even had a passing thought about being a Chaplain’s Assistant.