I usually meet a ton of Vietnam Vets where ever I go. They usually treat me like one of them since I am the son of a Vietnam Vet.  They have been a blessing to me and an encouragement.

My dad was 30 years old when he went to Vietnam, so he was the old man. Yet, many of the young guys turned to dad for advice. We always had a house full of Vietnam Veterans after dad came home from the war.  These men were some of the greatest people I have been around.  Many people in the community were not very nice to these men after they returned from the war.

In 1989 while I was training some Army Reservist, I noticed a Soldier with a combat patch and old enough to have been in the Vietnam war. I went to thank him for serving in the Vietnam War. He looked at me with tears in his eyes and said nobody had ever thanked him for his service. 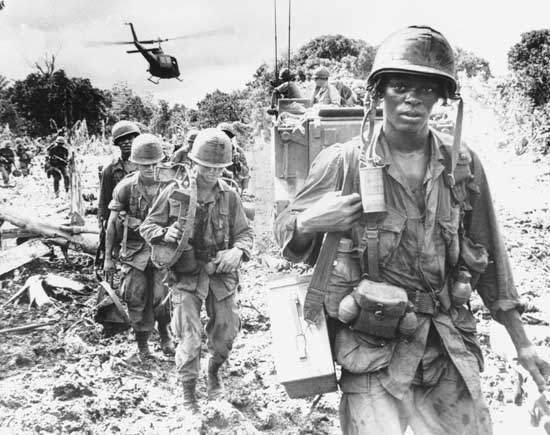 Thank you my Brother at Arms!

In 1984 I was in the 19th and one of the men I served with had been a tunnel rat in Vietnam. He was a nice guy, but would fight anybody anywhere.

These men went through a lot for their country and yet many people treated them wrongly when they came home. All they did was serve their Country when their Country needed them.

Dad is dead and gone now, but my love  and appreciation for this group of men still goes on.